Joe Womac reflects on how a website redesign helped the foundation reimagine its investments, relationships, and orientation to equity. 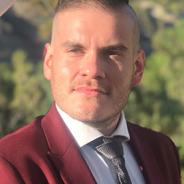 Last year, the Specialty Family Foundation’s team and its Board of Directors began the stimulating and challenging process of revitalizing its strategic direction. As the team worked to establish the foundation’s new five-year goals and priorities, they remained undecided on the plan’s final form, where it would be published, and who they would share it with.

The Specialty team cycled through various options for publication — a white paper, a glossy brochure, to name a few — but none of these formats lent themselves to the level of transparency and scale the team wanted. At the same time, the team realized that sharing their new plan in any form would instantly make the foundation’s website dated and obsolete. As a result, the team would have to update the website or shut it down entirely.

The Specialty team understood that eliminating a website is frowned upon by many marketers who consider it the musculoskeletal system that houses an organization’s strategies and entire offerings. And, given that the website was the foundation’s most public channel, shutting it down would be equivalent to wiping themselves off the map.

Moreover, Joe Womac, President of the Specialty Family Foundation, shared that the team had more profound reservations about even having a website.

For some philanthropists, having a website can feel like patting yourself on the back or building a museum to the family. This is not the culture our foundation wanted.

After much contemplation over their reservations, purpose, and intentions, the team gradually realized that publishing their strategic plan on their website could serve as an opportunity. The Specialty team decided that they could leverage the website as a tool to hold themselves accountable for every word and commitment they were making. They also believed that sharing the plan would allow them to be more transparent about the changes they wanted to make in their communities. Joe and his team believed this approach would encourage the team to design a plan that everyone would be proud of and committed to two years down the line.

Joe and his team eventually got the approval for the website, but the internal work had just begun. The team started asking themselves challenging questions ranging from their purpose (Why should a family foundation focused on private grantmaking even have a website) to their positioning (How do we check our motives when we’re publicizing ourselves?). What followed was a chain reaction spurred by the team’s decision to take a bold chance on their most public-facing tool.

SCG spoke to Joe Womac to learn more about how the Specialty Family Foundation’s strategic planning process was influenced and altered by the team’s decision to revamp the website. Below, Joe shared some of the exciting opportunities that emerged once the foundation began being bolder in its approach and dared to reimagine its investments, internal relationships, and orientation to equity.

An opportunity to align internally & across generations

Given that the final iteration of the Specialty Family Foundation’s strategic plan would live on (and inspire) the new website, the team felt an intensified pressure to find alignments across all facets of the organization’s work. The team was adamant about engaging every person involved with the foundation’s governance to provide input and feedback on everything from the organization’s story, investment strategies, positioning, and more. Joe knew that there would be an inevitable argument if they did not have collective buy-in on the final iteration of the plan.

“The website serves as the foundation’s public statement on where it wants to be in five years and how it plans to keep itself accountable,” explained Joe. “It was critical that the entire organization felt comfortable and galvanized by the end product. We wanted every staff member to feel proud to share our new direction with the world.”

The alignment also extended beyond the Specialty Foundation’s staff to its next generation of leaders. The Specialty team had spent the last few years getting its 2nd and 3rd generation members more involved in shaping the foundation’s future. The new website became one of the several strategies the team implemented to engage them. “The next generation sees relevance when you communicate through a medium they care about,” Joe mentioned. “Making our strategy digital-first demonstrated that we wanted them to be involved in this process.” The Specialty Foundation actively involved its Next Gen members throughout the strategic planning process. When they finalized the strategy, the team incorporated the next generation’s participation under Our Legacy, which cemented their investment in shaping the foundation’s future.

From the onset of the planning process, the Specialty team wanted to focus on transparency and elevate the foundation’s vision for impact. For some time, the team had been grappling with the fact that the general public — and even some of its grantees — were confused or just unaware of the foundation’s core mission statement and their funding focus on poverty, housing, and substance reform. The team realized that shutting down their website would worsen the ambiguity around the foundation’s work and allow the outside world to assume how the foundation allocates its resources.

“As a public trust and as a foundation, we are stewards of something that is not ours,” Joe stated. “Everyone from a grant recipient to other foundations to a ten-year-old doing a report has the right to know what we do and what we invest in as an organization.” The Specialty team concluded that the foundation’s website would be crucial in sharing its story of impact with the public and demystifying how it allocates its funds.

The team achieved transparency on the revamped website through simplicity. The Specialty Family Foundation’s Home page presents a direct and linear narrative: it starts with the values that frame the foundation’s investments (families, leadership, innovation, and partnership) before boldly (and in all-caps} showcasing its mission statement. The page then highlights the foundation’s asset classes that drive its long-term goals. Finally, Our Focus showcases the foundation’s core funding areas and the collaborations advancing its work. Hovering over any of the collaboration boxes pulls up an explanation of the partnership and the amount the foundation has allocated to it, all of which can be explored in greater detail by examining the full Our Focus page on the website’s navigation menu. Ultimately, this refreshed layout helped the Specialty team clarify to the public and all nonprofits in Los Angeles what the foundation invests in and values. Furthermore, by publicly sharing what the foundation wants to achieve in the long term, the team hopes to leverage the website as an accountability tool by inviting the public to hold it responsible for realizing its goals and vision.

An opportunity to design a bolder budget

“Everything about a website forces you into a hierarchy,” explains Joe. “You have to be deliberate about how you prioritize and organize every single item.” As the Specialty team constructed the “skeleton” of their new site, they soon realized they would even have to adapt the foundation’s investment priorities and philosophy into this hierarchical structure. Inevitably, contemplating how the foundation would frame its investment portfolio prompted the team to ask deeper questions about the very nature of the budget itself.

The Specialty team had always viewed the foundation as an investor in impact, but, during the strategic planning process, they begun to reimagine its giving as a set of philanthropic asset classes ranging from high-risk (seven-figure, multi-year grants given to a handful of organizations) to low-risk (smaller capacity-building and individual grants). However, the organization had never shared its giving philosophy externally and had just defaulted to the old model of listing its investments on a webpage. Therefore, the team decided that the new website’s hierarchical structure could serve as an opportunity to reframe and broadcast the foundation’s investment strategy.

The redesigned Home page showcases the Specialty Family Foundation’s investments through a visual and sequential hierarchy of its asset classes under the section Our Impact. First is Igniting Change — the foundation’s high-risk, multi-million dollar investments focused on systems change — is the first and largest content block in this section. Next are two smaller content blocks that showcase the foundation’s other, smaller asset classes: Accelerating Progress — a set of moderate-risk investments focused on expanding organizational capacity — and finally Empowering Individuals — low-risk, small grants meant for individuals. By organizing the foundation’s assets in this order, the team moved away from the dated “what we fund” model to “how we fund systems change,” which also announced that the organization’s shift to taking bigger and bolder financial risks.

This new layout also required the foundation to reconfigure its existing budget to fit neatly within this new external structure. “Our budget now reflects the website and is organized in the same order of hierarchy,” said Joe. “The website has helped us articulate what’s most important and also share that while what we fund might change, our vision and commitment to systems impact will remain constant.”

Our grantees understand the problems and solutions better than anyone else because they lived experience. We hope that featuring them prominently will help spread their story and inspire other funders and grantees.

An opportunity to center the wisdom & experiences of our grantees

While the Specialty Family Foundation spent 2020 working on its new strategic direction and website, history was happening all around them. Like many, the foundation had to pivot as the entire globe navigated the interlocking crises of the pandemic, systemic racism, and climate change. Internally, the Specialty team had to pause and come to grips with their own privilege while also thinking through the foundation’s role and responsibilities amid the worsening crises.

Joe acknowledged that the team was hesitant to issue an external statement last year, given the early stages of equity and DEI work the foundation was exploring. Instead, the team took the opportunity to reckon with the tough questions: Have we honestly made an effort to include all of these lenses? What mistakes have we made? How can we authentically incorporate DEI into our work? Since then, the foundation has moved to change the composition of its board, updated its grant application processes, and invested in long-term DEI training for its staff and board members.

None of these internal shifts have been shared on the new website or been made public. Instead, the Specialty team took a different approach to the new website. “Our staff is motivated by our grantees’ work,” Joe elevated. “The best way to share our story of impact and commitment to equity is to decenter ourselves entirely and instead elevate our grantees’ stories.” As a result, the Specialty Family Foundation’s revamped website is unabashedly people-focused. Almost every page incorporates images of the foundation’s grantees and the community members it is serving. The Our Focus page emphasizes the initiatives and grantees the foundation has selected to advance its vision and goals. Additionally, the Specialty team has made an intentional effort to frame the foundation’s mission and giving structure through the lens of DEI and systems change. The team believes that these visual and rhetorical changes are more substantial than writing a statement that might come across as insincere or just get lost in the flood of communications.

Building Power Across Generations: Strategies and Lessons from NextGen Funders

A Conversation with Marshall Stowell on Centering Community Presence and Power