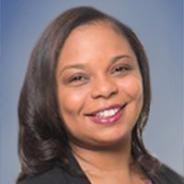 This story was originally published on the California Wellness Foundation website.

As a health funder, we understand that wealth and health disparities are inextricably linked. We acknowledge that the legacy of slavery and racial discrimination has resulted in debilitating economic, educational, and health hardships that are uniquely experienced by Black Americans. Reparations can take many forms, but we believe a commitment to repair harm to Black Californians will promote healing and transformation in communities across our state.

As funders and as a nation, we must examine the debt owed to the enslaved Africans and their descendants whose forced labor fueled the global economy for centuries and generated the wealth that built this country. The call for economic reparations for Black Americans has gone unanswered for centuries. Today, California can answer the call and atone for the unjust enrichment of this state from slavery together with the systematic and multi-generational exclusion of Black Americans from economic and social opportunities.

In a recent report, the California Task Force to Study and Develop Reparation Proposals for African Americans living in California outlined the history of government action and inaction that maintained a racial hierarchy and economy based on exploited Black labor:

The task force found these “harms compounded over generations have resulted in an enormous gap in wealth between white and Black Americans today in California.”

I’m fortunate to work for Cal Wellness because Cal Wellness has been very intentional about identifying and seizing opportunities to support Black-led social change efforts that amplify the voices and experiences of Black Americans. We strive to invest in Black-led solutions to the problems that are identified by the Black community.

Cal Wellness was one of the first organizations to invest in the Black Equity Initiative and Black Equity Collective, a network of funders and communities who partner to strengthen the long-term sustainability of Black-led and Black-empowering organizations in Southern California. We also signed a pledge to lift up Black equity within our practices and culture, and we've committed to learning as an institution.

We made a significant contribution to the California Black Freedom Fund, a $100 million initiative created to ensure that Black power-building and movement-based organizations have the ongoing investments and resources they need to help eliminate systemic and institutional racism.

We’ve supported UCLA’s Ralph J. Bunche Center’s efforts to bring visibility to the harm experienced by Black Americans in California and engage those same residents in the development of a reparations framework to address the health and social harms caused by institutionalized racism in California.

These important steps allow us to be a part of building something robust and sustainable for Black communities in California.

Philanthropy Must Be Bold Now

Let’s focus on philanthropy. Reparations also matter for the larger philanthropic sector. We often have trouble acknowledging that the majority of philanthropy’s corpus comes from the enslavement of Black bodies and forced labor. But across the sector, philanthropy’s collective inheritance must be reckoned with in order for us to move forward as a society. So what can philanthropy do?

In philanthropy, we have the opportunity to both repair, and continue to invest in changing the structures in the system that impact Black economic mobility and health. Let’s use the tools we have at our disposal to invest in the possibilities imagined, created and led by Black people, and thereby carry out meaningful change – for today and tomorrow.

Op-Ed: An Unspoken Threat to Equity Work in Arts & Culture: A Devotion to Cultural Hierarchies