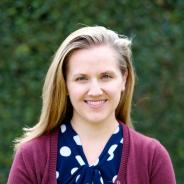 United Way of Greater Los Angeles
Back to Stories

Measure J passed in California on November 2020, signaling a critical win in a long-fought battle for greater equity and reform by local advocates. The measure’s campaign was built and executed by BIPOC-led organizations who have been working for over a decade to transform our justice system and reverse structural racism’s long-term devastation of poor communities of color.

Measure J proposed amending the Los Angeles County Charter to permanently require at least 10% of locally controlled revenue to be invested into low-income communities and alternatives to incarceration. This will mean upwards of $1 billion for investments in Black, Brown, and low-income neighborhoods that will target public health, housing, safety, jobs, youth programs, wellness, and more when fully phased in.

United Way of Greater Los Angeles (UWGLA) played an important role in helping get the measure on the ballot, crafting a potential pathway for victory, and facilitating the campaign’s launch before proudly joining the ReimagineLA coalition, alongside and behind community leaders. The measure’s success was also a tremendous commitment by voters to reimagine Los Angeles County’s budget, uplift community-based solutions, and continue our region’s journey toward justice.

So, how did the ReimagineLA coalition get a historic measure on the ballot and get it passed in only a few months?

We centered BIPOC organizations building a movement for racial equity, justice, and alternatives to incarceration for years.

For years organizations like La Defensa and Dignity & Power Now and coalitions like JusticeLA have been organizing to advance racial equity and justice in LA County. Our partners have secured significant victories, including a board of supervisors-approved Alternatives to Incarceration (ATI) Initiative and the “Care First, Jails Last” plan, which contained bold yet unfunded recommendations for reform. Shortly after the ATI initiative launched in May 2020, the recording of Minneapolis Police Officer Derek Chauvin murdering George Floyd Jr. spread across the globe. This video was a catalytic moment: the Movement for Black Lives became the largest social movement in U.S. history, with protests demanding structural change at every level of government and society. With only a few months until the 2020 General Election, we connected with Black and Brown-led justice groups to discuss how we could leverage this historical moment’s momentum to forward bold policy actions.

We built a broad cross-cutting coalition of advocates, community organizations, service providers, faith groups, unions, and others that became known as Reimagine LA.

The Reimagine LA Coalition aimed to be as diverse as Los Angeles County. The coalition included abolitionist movement organizers, justice reform advocates, affordable housing providers, tenant rights groups, homeless service providers, homeless rights activists, and many others. For many months, coalition leaders worked to leverage long-established relationships with political leadership, lend expertise and capacity, and provide political cover where necessary. Additionally, the Los Angeles Board of Supervisors made a strong public commitment to ATI early in the year when they recognized Measure J’s potential to offer a tangible next step and a source of support for those largely unfunded recommendations. The Board’s early commitment, paired with the coalition’s size and behind-the-scenes efforts, helped ensure that Measure J received majority votes across three board meetings and made it on the ballot.

We created a movement-based strategy that rightly situated this campaign as the next step in the larger movement transforming Los Angeles County.

UWGLA offered a proven strategy it had recently employed in the fight to end homelessness in LA County through Measure H: a county-wide ballot measure that empowered voters to create a mandate where fraught, entrenched politics and policymaking have failed. As UWGLA connected with allies and advocates to build the coalition to get Measure J on the ballot, we also wanted to test the best political and electoral strategy for success. UWGLA funded a series of polls that revealed considerable public will behind Measure J’s principles, with nearly 60% and higher rates of approval across all polls (and in the end, Measure J passed with 57% of the vote!). Leveraging UWGLA’s ballot experience and drawing on legal advisors, we identified a charter amendment as the most strategic path forward, needing only a simple voter majority (50%+1) while offering a generational change to a generational issue.

We focused on targeted digital media, storytelling, and direct voter engagement through a massive phone banking strategy to overcome the pandemic’s obstacles.

The broad Reimagine LA coalition became crucial in activating its base to support the campaign’s voter engagement, which relied heavily on digital influence and phone banking. With the shelter-in-place orders in effect and COVID-19 restrictions on physical voter engagement, the Reimagine LA/Measure J Campaign invested heavily in a digital and print earned and paid media strategy. Our engagement strategy centered Black and Brown leaders at the forefront of the racial and carceral justice movement (like Campaign Co-Chairs Eunisses Hernandez and Isaac Bryan) to make a case for Measure J and weave it into the broader arc of the Alternative to Incarceration movement. Our storytelling focused on this moment in history as the time for bold policy, structural change, and justice to reverse generations of historical underinvestment in BIPOC and low-income communities.

We also implemented an aggressive social media strategy to amplify our storytelling efforts. We enlisted Reimagine LA partners (organizers, nurses, social workers, faith leaders, union workers, and many others ) to share their stories and platforms to convince voters that Measure J was a concrete solution to the social problems. In addition to acquiring votes, we also wanted to recruit folks to spread the word since we couldn’t go knocking door-to-door.  We managed to build out a robust phone banking operation, which resulted in over 750,000 calls in a month and that inspired many to reach out to their personal networks,

On November 3, 2020, Measure J passed with 57% of the vote! While we rejoice in this victory, we also know the work has just begun. Ballot victories are only as impactful as their implementation. The ReImagine LA Committee is now fully engaged in Measure J’s Year 1 implementation, including creating program recommendations and advancing them through the transparent, participatory budgeting process the coalition utilized during the campaign. The Committee continues to fundraise for private support to build out its long-term infrastructure and sustainability and welcomes new allies, system leaders, and advocates with lived expertise advocates.

Even though Measure J received broad public support when introduced — amid the global demands for racial justice when countless organizations released statements committing to anti-racism and equity — it was not broadly supported by local philanthropy. Overall, the budget raised to pass Measure J was $3.5M, of which only 17% came from LA-based donors. At the same time, 18 local nonprofit and union organizations, including United Way, stepped up to donate to the campaign during a challenging year. Together, these groups contributed 13% of the overall budget (not including the significant commitment these groups made in in-kind staffing and campaign support). The remaining 60% of the funding supporting this LA ballot measure came from Bay Area donors who invested $2.2M. Bay Area donors saw this measure's potential to advance a movement and set a precedent for replication in other communities across the country and were willing to invest in that potential.

While we were able to pass Measure J with the foundational funding of Bay Area donors, we will not have the same Bay area funding for its implementation. Philanthropic investment, both institutional and individual, is critical to funding change. It will take three years to ramp up to the total 10% County baseline commitment outlined in the ballot initiative. We will need to continue organizing and working during that time to ensure that these dollars flow into community-based and community-held programs. These community-led solutions will slowly undo decades of systematic racism in LA County and build a Los Angeles centered on equity, justice, and wellness for all of its residents.

Implementation has many spaces for philanthropic engagement and investment. Potential funder actions include:

We invite the philanthropic sector to stand behind and support the community working to build a more equitable Los Angeles through Measure J.

The Black Equity Collective’s Vision for Racial Justice and Liberation

Adopting a Racial Justice Framework for a Resilient Democracy