California is in the midst of another historic wildfire season.  Already, several major and lesser known fires have destroyed communities and displaced tens of thousands of residents throughout Northern California. The state of California has secured Presidential Major Disaster Declaration for several counties to support wildfire response and recovery efforts, and more counties are expected to receive federal support in the coming weeks and months.  However, there remain gaps into what governments can provide to wildfire survivors in the immediate term, as well as resources required from public and private sectors for long-term recovery.

In this briefing, we will discuss the following questions:

We will allocate 30 minutes of this briefing for funders to ask questions, request resources, and share with each other their ongoing/anticipated grantmaking efforts.

Representatives from the following organizations will be present to answer your questions: 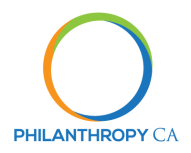