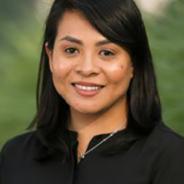 On January 10, 2020, Governor Gavin Newsom submitted his 2020-21 State Budget proposal to the Legislature. The SCG Public Policy and Government Relations team has provided an overview of the budget proposals most likely to impact the philanthropic sector.

We’re at the beginning stages of the Governor’s proposed 2020-21 State Budget. The state’s final budget will be passed by the Legislature and signed by the Governor on June 15, 2020, which gives organizations, philanthropists, and the Legislature plenty of time to shape the budget. This overview will cover the trends we believe will be the most impactful to philanthropy: housing & homelessness, anti-poverty, disaster preparedness, workforce development, K-12 education, and the CalFresh Benefits.

The Governor’s budget is in effect a $220 billion proposal. California’s primary revenue sources come from the Personal Income Tax, the Sales & Use Tax, and the Corporate Income Tax. Currently, the state budget has a $6 billion surplus due to the increased corporate tax revenue, which is about $5 billion more than the previous year. The Personal Income Tax was down by $1.5 billion in terms of collection, and the Sales & Use Tax held steady.

It is essential to consider how substantially the Personal Income Tax decline might impact the budget in the years to come, as it accounts for about 60% of all state revenue. As we see volatility in the stock market, we’ll likely notice a difference in how the state government can provide critical services. The good news is that California has learned from past experiences and has put away $21 billion into a “rainy day” fund over the last few years to safeguard vital services from such volatility.

Since 2006, rents have increased by about 16%, while median annual earnings have only increased by 2.1%. Today, about 50% of Californians are rent-burdened, which means that they pay more than 30% of their income to rent. There’s a connection here regarding what is affordable and isn't and how that can contribute to homelessness in California. The Governor’s budget proposes $500 million for the low-income housing tax credit, the same amount as last year, to address the housing crisis. The Governor has also cited about $4.5 billion in private funding, mainly from technology companies in the Bay Area. While Apple and Facebook have committed billions of dollars to affordable housing projects in their regions, we're not seeing any money for construction from the state budget aside from what was included last year.

To address homelessness in California, the governor proposes a $750 million one-time investment to a pooled fund known as the California Access to Housing and Services Fund. The fund will have three core features: rental subsidies, affordable housing units, and board and care facilities. The Governor has stated that the funds will be dispersed according to performance-based contracts with the state and regional administrators. This fund is based on the innovative work in Los Angeles County’s Flexible Housing Subsidy Pool, which grew out of a partnership between LA County, The Conrad N. Hilton Foundation, Weingart Foundation, and LA Care.

How will dispersing this much money look? This proposal’s unique feature is that the Governor is asking philanthropy, corporations, and private individuals to contribute to this fund. The Legislative Analyst’s Office has raised questions about this approach because it’s new for the state government to propose mixing a public state fund with private philanthropic dollars. The Legislative Analyst's Office also has questions about the fund's location in the Department of Social Services rather than in the Department of Housing and Urban Development. Dr. Mark Ghaly, California’s Secretary of Health and Human Services, has shared that because the social safety net is such a core component of successful housing, its location in the Department of Social Services makes the most sense in bringing together different funding streams. Since the fund’s launch, two companies have committed $45 million: Blue Shield of California and Kaiser Permanente.

The earned income tax credit (EITC) is a vital component of the governor's budget to address anti-poverty. There are currently three million eligible tax filers in the state. Last year, the Governor expanded the program to reflect the increase in the minimum wage. This year, the Governor will not expand the program, leaving it at a $1 billion tax credit to families. Although advocates have pushed for the inclusion of undocumented immigrants who file their taxes through their individual taxpayer identification number in the program, the Governor's budget has not included them this year.

Wildfires are a huge focus for the Governor this year. His budget includes a proposal for creating a Wildfire Forecast Center that will seek to predict fire weather systems better. There’s also a $2.2 billion investment proposal to increase our state-wide firefighter capacity to 677 positions over five years. Lastly, the budget includes a pilot program that will provide funding for home-hardening improvements to make homes more resistant to fire hazards to low-income communities in areas of high fire risk.

California is unique because education funding is already pre-committed by Proposition 98, which means that about half of all the fungible dollars in the general fund are already committed to education. However, early childhood education is not necessarily a part of Prop 98’s funds. The Governor is responding to this by proposing a new Department of Early Childhood Development, which will bring together different funding streams into one agency. It will be interesting to see how the Governor attempts to combine separately managed combine funds like the Department of Education, which is managed by a whole independently elected constitutional officer, the State Superintendent.

On the K-12 side, we're seeing the highest-ever funding at a per-pupil level, with the current funding being approximately $5,600 higher than it was nine years ago. An increase in the local control funding formula (LCFF) of $1.2 billion will focus on students with special education needs, students with disabilities, and students from the child welfare system.

Four million Californians — ten percent of our state population — receive Cal Fresh benefits. Within that ten percent, six in ten are children, families, people with disabilities, and older adults. Federal action has changed several eligibility requirements for Cal Fresh and advocates projects to see people lose or reduce their food benefits. Additionally, now that the “public charge” rule has taken effect, we’re going to see a decline in enrollment from eligible immigrant populations who have long received the benefits. We're seeing that people are uncertain about enrolling themselves or their children in Cal Fresh because they’re afraid it will affect their immigration status, citizenship application or prevent them from renewing their green card. All this means that there’s going to be more pressure on our local food banks. The Governor has responded by proposing one-time support of $20 million to local food banks.