Governor Newsom's May Revision to the 2020-21 State Budget 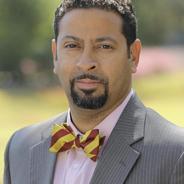 On Thursday, May 14, 2020, the Governor released his May Revision for the state budget, reflecting California’s finances and updated revenue forecast. As a result of the economic contraction due to the coronavirus epidemic, the May Revision contains the Governor’s plan to address a $54.3 billion budget problem of which $41.2 billion reflects a decrease in revenues in our state’s General Fund for the upcoming fiscal year.

This budget brief provides an overview of the state budget mechanics, details of the proposed budget, and the potential action philanthropy can take, including the types of advocacy available to private and public foundations. This budget brief follows our SCG Weekly Funders' Briefing from April 30 about what our communities will face in the wake of cuts to critical social services and how philanthropy can begin to prepare.

California is entering a turbulent time with potential cuts to social safety net services over the next several years alongside a lack of federal aid. The Governor has set forth $15 billion in “triggers” that would result in cuts should federal assistance not arrive.

Many hard-earned gains that took nearly a decade to win will face significant setbacks given the choices legislators face. The policymaking process for a budget in contraction often reflects a zero-sum game where protecting one program means another program will face draconian cuts, which usually impact institutionally underserved communities. We know that philanthropy cannot replace the size and scope of government resources. However, it can help policymakers prioritize solutions and support innovation amidst a time of scarcity alongside nonprofit partners. We can also identify and call for additional federal resources to the state.

The state’s budget runs from July 1 through June 30 of the following year. The proposed budget reflects the state’s plan for fiscal year (FY) 2020-2021, starting on July 1, 2020. By state constitutional mandate, the Legislature must pass a balanced budget with a majority vote by June 15.

Unlike the federal government, which can engage in deficit spending given its monetary policy control, California’s Legislature must pass a balanced budget. Through years of prudent fiscal management, the state has several “rainy day” funds to help weather and blunt the deficit’s impacts. However, government staff notes that the reserves cumulatively (approximately $18 billion) fall short of the current deficit. Furthermore, recognizing that the budget will be imbalanced structurally throughout the economic recession (e.g., the state’s current spending will exceed projected revenues), the Governor proposes to draw down the reserves over a few fiscal years.

The state’s budget is composed of the General Fund and multiple special funds. The General Fund supports a broad array of social services, while special funds support a specific purpose. To “balance” the budget, a common tactic includes the General Fund taking a loan from various special funds. For example, the state’s licensing boards for different professions, such as doctors, nurses, cosmetologists, acupuncturists, etc., all operate special funds derived from licensing fees. The state has historically turned to the reserves in these special funds for “loans” to cover the General Fund’s expenditures.  Other tactics include payment deferrals – in its most crude form, delaying payment due on June 30 (the last day of a fiscal year) to July 1 (the beginning of the next fiscal year) to achieve a balanced budget. While these accounting maneuvers may blunt some of the negative impacts in the short term, such tactics have limited effect when the budget is severely impacted over a sustained period.

Finally, the May Revision typically reflects revenue collected by the state after filing taxes in April. Because federal and state governments delayed tax return filing deadlines to July 15, the state will not have a more accurate picture of the impact on revenues until August. At that time, the state’s Department of Finance will release revised revenues. It is more than likely the state will have to modify its budget later this year to address shortfalls.

While the budget presents a challenge to our most vulnerable communities, the Governor has attempted to take a balanced approach in identifying reductions. The proposed budget does not reduce CalWORKS grants (a public assistance program that provides cash aid and services to eligible families with a child(ren) in the home) or rescind recent expansions to the Earned Income Tax Credit, a powerful anti-poverty tool. However, as the California Budget and Policy Center notes in their "First Look," the Governor does not expand the EITC to Californians with low incomes who file their taxes with federally issued Individual Taxpayer Identification Numbers (ITINs). The budget also makes a one-time infusion of $30 million to food banks.

As a part of the May Revision, the Governor makes $90.5 million in cuts for various child welfare programs related to foster care, child protection services, and other programs representing a 1.5 percent reduction in spending. These program reductions include the following:

The Administration proposes to phase out the closure of contracted in-state privately and publicly operated prisons and a state-run prison for incarcerated men in the next five years. This decision reflects the ongoing decline in incarcerated individuals, accelerated by the response to the pandemic by releasing persons who were within 60 days of release at the beginning of April 2020 and who were not serving a current term for domestic violence, a violent felony, or required to register as a sex offender.

Funders should note that the state will pursue federal Medicaid dollars for incarcerated persons by making current state reentry facilities eligible through operational changes. This decision will allow the state to bring in $4.2 million this coming fiscal year.

The Governor’s May Revision withdraws the proposal to move the Division of Juvenile Justice from the Department of Corrections and Rehabilitation to the Health and Human Services Agency. Instead, the May Revision proposes to reform the state’s juvenile justice system by transferring the responsibility for managing all youthful offenders to local jurisdictions. The Governor proposes to stop the intake of new juvenile offenders effective January 1, 2021, and begin the closure of all three state juvenile facilities and the fire camp through the current population’s attrition.

Governor is retrenching on many of the investments made in early childhood education due to the revenue shortfall.

Child care plays an integral part in early childhood development in our state. Following an increase of $53.3 million in federal Child Care and Development Block Grant funds for the federal fiscal year 2020, the May Revision proposes to increase access for approximately 5,600 children in the Alternative Payment Program. However, multiple cuts are planned unless additional federal intervention occurs, including a $363 million investment in child care workforce development and infrastructure.

Proposition 98 provides a minimum funding guarantee, guaranteeing about half of General Fund revenues to K-12 education. Over the last few years, the state has spent above the minimum guarantee. In its May Revision, the budget funds education at the minimum thresholds required by Proposition 98. Consequently, the Governor proposes reductions to education by $17.5 billion. For additional K-12 education and postsecondary education, we suggest heading over to EdSource.org for their coverage.

The Local Control Funding Formula is the state’s attempt to address persistent inequities in California’s education funding. Approximately 80 percent of a school district’s budget comes from LCCF. The Governor proposes a 10 percent cut ($6.5 billion). This reduction includes the elimination of a 2.31 percent cost-of-living adjustment. If the federal government provides sufficient funding to backfill this cut, this reduction will be triggered off.

The Governor had proposed several new programs in January. Withdrawn programs include:

The May Revision includes the following triggers should federal resources not materialize. These cuts total $352.9 million, spanning:

Before the pandemic, the state had set to expand Medi-Cal, the state’s implementation of the federal Medicaid program, to better support institutionally underserved communities, such as undocumented immigrants, older adults, and people with disabilities. Many of these proposals have been withdrawn in light of the budget deficit. The state expects that Medi-Cal will provide health coverage for 14.5 million people (36 percent of the state’s population) in July 2020, approximately 2 million more due to the COVID-19 pandemic.

The May Revision withdraws several expansions for Medi-Cal eligibility, including:

Despite withdrawing several proposals, the May Revision proposes to preserve the eligibility of undocumented children and young adults for Medi-Cal through the state emphasized that such eligibility is optional from the state’s perspective. Additional cuts will occur if federal assistance does not materialize. They include:

The decline in revenues means that the proposal for a statewide expansion of the Los Angeles’s Flexible Housing Subsidy Pool, a local program created by the public-private partnership between The Conrad N. Hilton Foundation, Los Angeles County Department of Health Services, and Supervisor Mark Ridley-Thomas’s Office, has been withdrawn. Instead, the Administration is deploying federal and state dollars to its Project Room Key Initiative and providing direct assistance to cities and counties from federal resources by the CARES Act.

Project Roomkey is a multi-agency state effort to provide safe isolation motel rooms for vulnerable individuals experiencing homelessness. This occupancy program is currently supported by the Federal Emergency Management Agency (FEMA) through May 31, 2020. The state will request 30-day extensions as necessary. As of May 14, the state and local jurisdictions have secured 15,000 hotel and motel units. More than 7,200 of these units are currently occupied, and jurisdictions have purchased and disbursed 1,305 trailers to local governments to house people experiencing homelessness.

The May Revision allocates a portion of the state’s CARES Act funding to local governments—$450 million to cities and $1.3 billion to counties—for homelessness, public health, public safety, and other services to combat the COVID-19 pandemic.

Despite the withdrawal of several programs, the Governor’s proposed budget recognizes the immense need to coordinate the various state activities related to homelessness. To that end, the budget proposes $1.5 million and ten permanent positions in the state’s Homeless Coordinating and Financing Council to implement statutory mandates and strengthen the Council’s strategic coordination of the state’s efforts to address homelessness.

For housing, the May Revision proposes:

If you are a public foundation, such as a community foundation, United Way, or issue-based donor-advised fund sponsor, you can engage in direct lobbying. Lobbying means you can ask legislators to take a position on a bill – including the state budget – and encourage people and organizations to also engage in lobbying. This ability also means you can advocate for the HEROES Act, federal legislation that would provide $1 trillion in federal resources to states.

If you are a private foundation or unable to partake in lobbying activities, you can still participate in other forms of advocacy. Advocacy includes educating a policymaker on a topic – for example, the importance of early childhood education and its lasting impacts on a person’s life – without taking a position on an active piece of legislation. You may contact policymakers to discuss and inform on such issues so long as a position on a bill, such as the budget bill, is not expressed. Additionally, private foundations can always provide unrestricted operating grants to nonprofit partners, including advocacy nonprofits, who engage in lobbying – so long as the foundations do not specify that the unrestricted operating grants are for lobbying.

You can always reach out to Philanthropy CA’s public policy staff to clarify advocacy questions or contact our partners at the Alliance for Justice’s Bolder Advocacy initiative.

Finally, as our colleagues at Funders Together to End Homelessness have led on this issue, as you engage in conversations with policymakers, it is critical to keep racial equity at the forefront of our community relief and recovery efforts, as well as our policy, asks. We have witnessed various relief bills that happen when equity, specifically racial equity, is not a part of the policymaking process – translating to fewer resources for communities most impacted but the pandemic.

Moving Toward an Equitable Recovery: Supporting AAPI-Owned Businesses in the Wake of COVID-19

A Seat at the Table: How Philanthropy Can Help Empower Nonprofits at the Federal Level