On a sunny spring afternoon in Los Angeles, three friends convened to fellowship in music. Caleb Buchanan and Myles Martin bring their extraordinary gifts of spirit in sound, to breathe life into an original composition of William Alexander, "Blue Skies." Opting for the natural light-drenched comfort of Caleb’s home in South Los Angeles rather than booking a studio, the ensemble (tentatively called BLACK RENAISSANCE) offers a casual glimpse into their musical bond — captured by Mokichi Kawaguchi and Engineered by Matthew Gamboa. The song ruminates upon the various stages of guilt found in pursuing fleeting pleasures — and the resolution found in accepting them as growth in the universal love.

In William’s interview below, he shared that, “we honor this holiday’s legacy, by means of our defiant existence, and our will to fight for truth.” How do you advocate for truth within yourself, families, workspaces, and communities?

How do you blend your different ancestral backgrounds in your practice and style?

Maybe the biggest way I blend my ancestry in my practice and style is through the act itself of synthesizing so many influences...  Okinawa and the American South have historically been mixing pots – Okinawa bearing influence from all of Southeast Asia, and the American South from the Spanish, Native American, West African, French Caribbean, etc.  I’ve always felt in between the lines of convention – culturally and even physically...  I try to illuminate the value in this with my art practice, and I feel like my biggest strength lies in my vast range of influences and how I synthesize them into a whole.

What are three records you go to for inspiration?

Erasmo Carlos - Sonhos E Memorias
His voice has such a simple understated beauty that exemplifies the anti-machismo of Brazilian vocal styling. There is no standout technical prowess within this record, and yet the thoughtful soulfulness places it deep in the timeless category.

Ras G - Raw Fruit, Vol. 1
There is no artist that is as much themselves as Ras G was. His work to me feels the most spiritual, and deeply rooted in a zen-like practice — as if music were a way of life, rather than some goal-oriented way of elevating the ego.

Jimi Hendrix – Electric Ladyland
I just don’t think there’s anyone else that captured the zeitgeist of the 60’s free feeling love explosion so profoundly. Of course, technical mastery offers a lifetime of study in itself, but maybe the biggest takeaway is just the living of life so fully and freely.

What messages do your share within your lyrics and compositions?

I have a lot of interest in ideas around acceptance and perceptions regarding beauty. Maybe the open and improvisatory aspect of my compositions highlights this idea around illuminating the beauty of what is natural, in contrast to contrived beauty based on manufactured notions of perfection.

Lately, I try to take inspiration from the moment so as to capture the spirit of raw feelings as they come. I tend to stray towards streams of conscious methods of composing, and often times the messages have a lot to do with my mental state. I believe in the power of intention in one’s word, so I hope to maximize the healing capacity of sound, and instill positive vibrations in this dimension — while simultaneously holding space for human error. 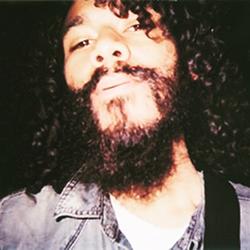 William Alexander conjures stone souled rustic fonk, drawing from the raw stylings of detroit punk, and the softer subtleties of 70’s tropicalia. Having developed his musical sensibilities in the wake of LA’s Low End Theory movement - the Altadena native’s guitar heavy songs swim in the hip hop multiverse, while his love of jazz buoys the laissez faire spirit streaming throughout. William’s keen ear saw him writing, recording every instrument, and mixing all his music thus far, a la Shuggie Otis, Andre Evans, etc. His latest single “Blue Skies” was released on Preference Records in 2020.